Jerry Karzen studied with Moshe Feldenkrais at the Feldenkrais® Institute in Tel-Aviv from 1976-1983. During those years he was Dr. Feldenkrais’ personal traveling companion, secretary, and close friend. In 1982, Dr. Feldenkrais chose him to be a trainer. Since 1980 Jerry has been the organizer/ Educational director for some 30 training programs in 9 countries, and […]

Elizabeth Beringer studied and worked closely with Dr. Feldenkrais from 1976 to 1984 in both Israel and the U.S. She has been involved with the practice and development of the Feldenkrais Method for more than 30 years, including founding and editing The Feldenkrais Journal, developing educational programs and materials, and co-founding Feldenkrais Resources with David […]

Dr. Jeff Haller graduated from Dr. Moshe Feldenkrais’ 1983 Amherst training. Jeff founded Inside Moves in 1984 and has an extensive private practice in his hometown of Bellevue, WA. Since 1993, Jeff’s primary focus has been training Feldenkrais practitioners and conducting trainings worldwide. Influenced by Feldenkrais, Aikido, Yoga, Tai Chi and meditation, he continually develops […] 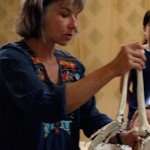 Carol Kress is a highly experienced Feldenkrais Practitioner of more than 20 years, and Trainer who brings to her teaching ​a desire for excellence and a wish to communicate the essence of theFeldenkrais Method. ​In her​ private practice​ she works with both adults and children with a variety of difficulties, including chronic pain and neurological […]